Some time ago a friend recommended me to buy online secondhand Sennheiser MKH 815T.
This mic is very old, they were built in the 70s, so I wasn’t expecting much.
I had no long shotgun mic before, it was cheap (especially comparing to its successor MKH 70), so I though it might be fine sometimes.
It needs additional power converter (it’s powered by 12V) and DIN to XLR cable. 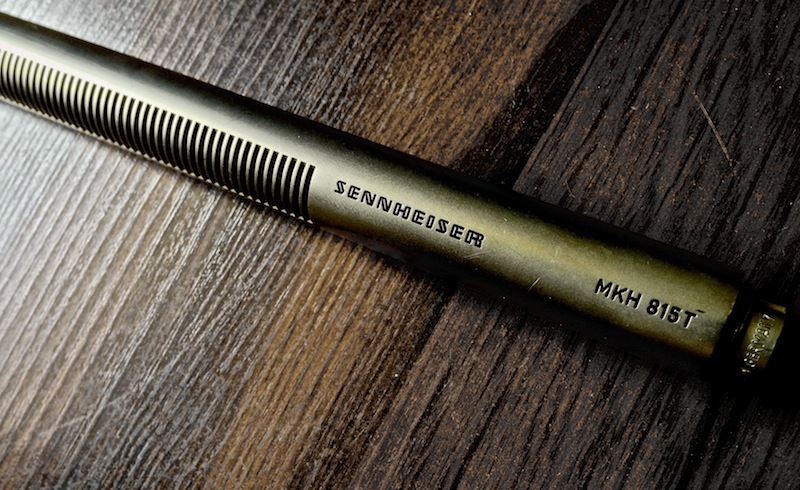 How was I surprised comparing it to MKH 416 – it sounds very similar, is just a bit noisier (it has around 40 years…) and has a bit less lows. Comparing to MKH 70 is way brighter, but less directional.
Recording sounds in the middle of room, gives very close and dry sound. I just loved it.

Next to the recording gear, my another addiction is sound props. I always look for interesting sounding stuff. Recently I found this milk blender, which looked promising and was cheap enough to destroy it during recording.
Always after recording regular sounds, I try performing props interacting with additional objects. I found that it sounds cool when pressed to paper, fabric, nylon giving very diverse flapping, buzzing sounds, which can be controlled in some ways.

What always amazes me, is how small objects can produce big sounds.
Below are some sounds recorded two track with Sennheiser MKH 815T and JrF C-Series contact mic. I often record this way, which gives me richer sound and more options for designing.
Some are pitch shifted.

And here are some processed sounds, which shows sonic potential of those sounds.