Sumer is over, so this is the last post of my summer vacations field recordings.

I was invited to took part in documenting art performance in public space by Mateusz Choróbski, during which planes passed 200 meters above the main street in city Łodź in central Poland.
I got permission to get to the top of the highest building on the street to record it.

As I was afraid, of course HVAC units were a problem, but I managed to find one spot where it was relatively quiet.

Before the pass, I recorded 21 storey top atmosphere. 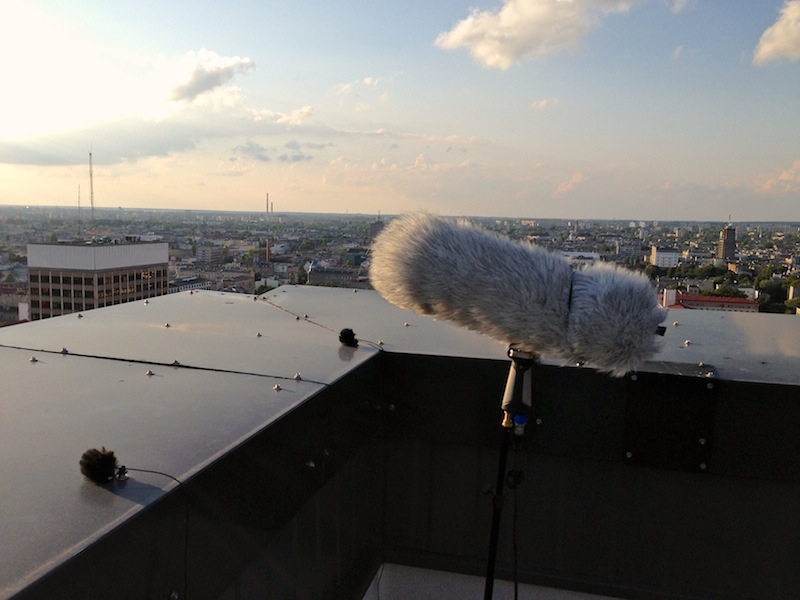 Later in the evening, I recorded some atmospheres of the city: 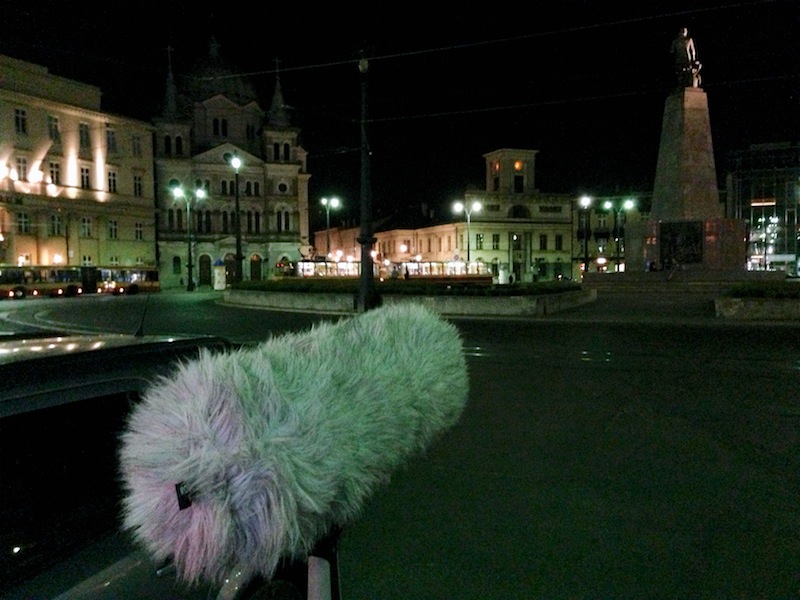 Leaving hotel before the dawn, I found this great sounding vending machine. Taking advantage of the opportunity that there was no one in the hallway, I recorded it:

And later when I went out to hotel backyard parking I grabbed this beautiful night city atmosphere:

There is something in night city atmospheres what I love. Tonality, diffuse distant sounds and specific reverberation. For sure I need to do more recording session at late night around my city.