Amongst many vehicles recording sessions I did in 2013, there were two special ones – recording cars torturing, which I did for a feature film “Kochanie, chyba cię zabiłem” which was just released in Poland.
For this particular film I have recorded eight different vehicles, varying from cars, to motorcycle and a bike.
But I must say, that recording cars torturing was the most fun. 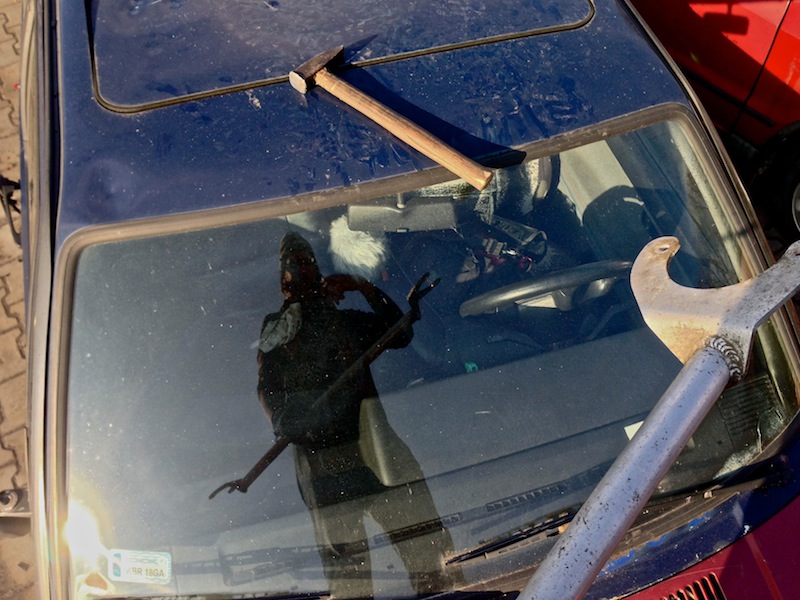 The first one took place on a scrapyard where I got one car to smash (except windows unfortunately).
Being quite a peaceful person, I must say it’s a nice feeling to jump on a cars roof…
Especially when the recorder is on. 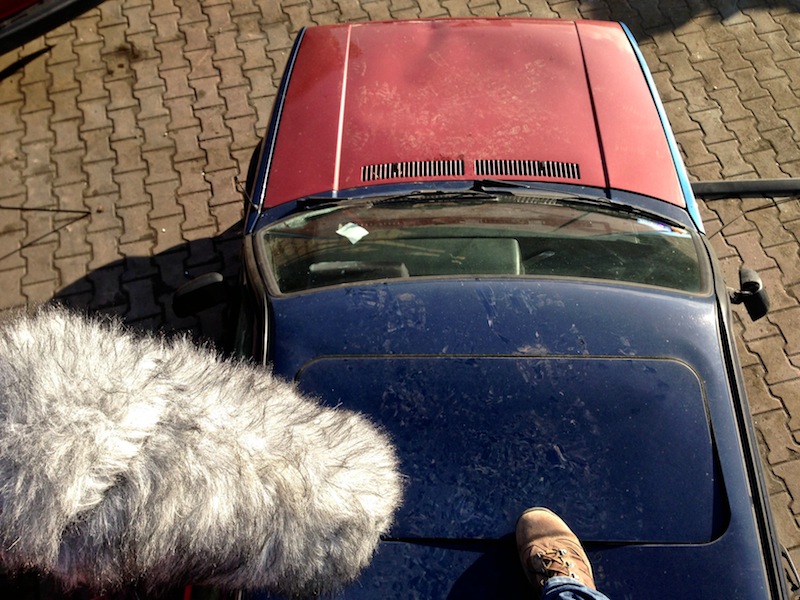 I have recorded a lot of kicking cars body INT / EXT for particular scenes in the film and also hitted it with a hammer and a metal bar.
But jumping on a roof gave me great sounds.
DPA 4060s placed inside the car worked super nice on it.

Also, I did some suspension noises, good for running over something, or for suspension layer of cars interior sound: 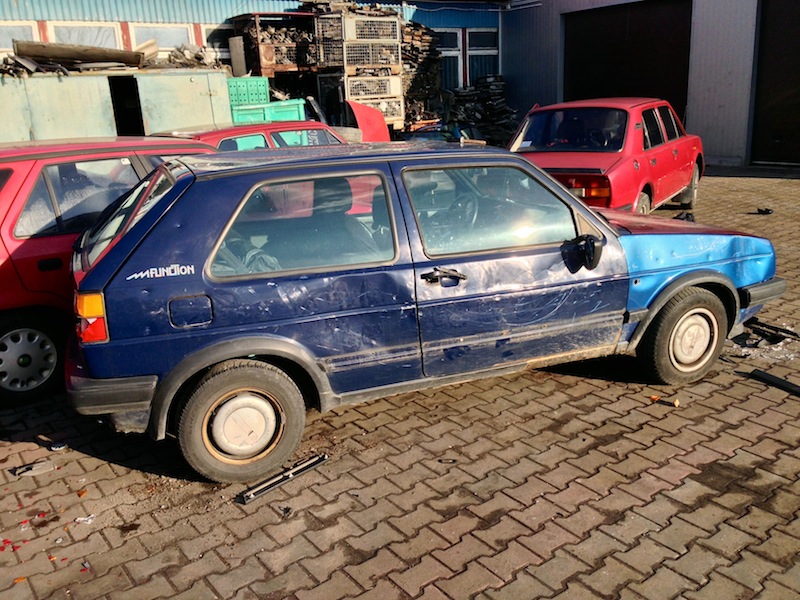 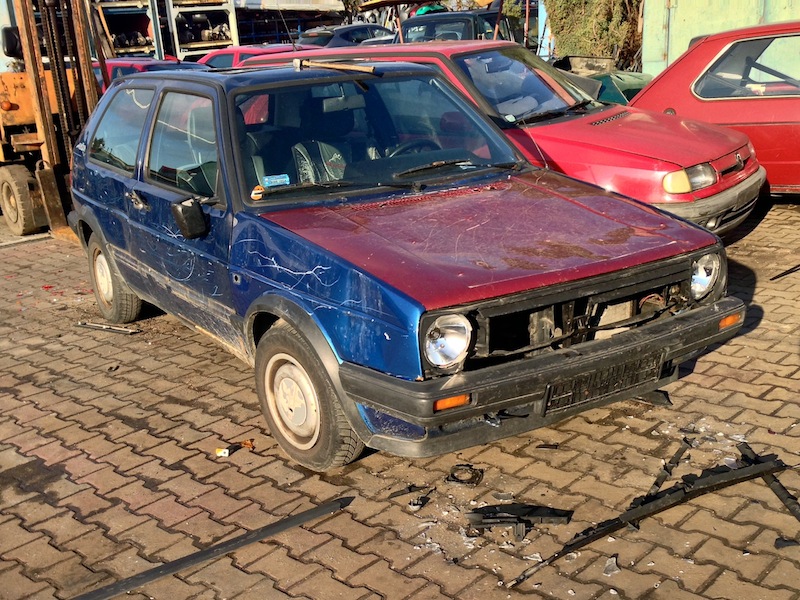 The second session was engine torturing, which I needed for a few scenes.
I got access to an old car (VW Polo) which in the next few days was going to be scrapped, so we could do things I wouldn’t mind to ask for in a “healthy” car.
Driving on the 3th or 4th gear 10kmph? No problem. Unplugged glow plugs? Here you are. Stopping or shifting gears without the clutch… This sort of stuff. 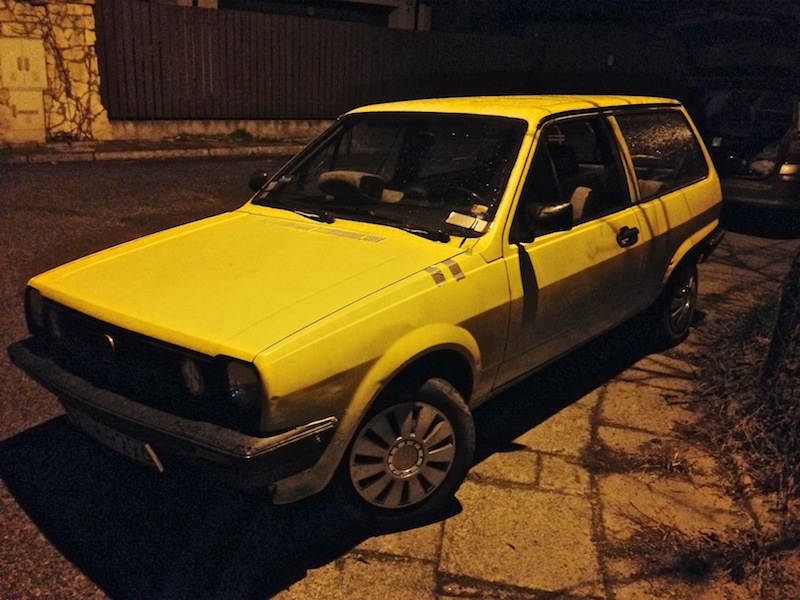 The car was all shaking and jumping.
It was crazy. And a lot of fun.
I thought it was a great swam song of an old car, before being smashed on the scrapyard.
Thanks Krzysztof for this session!